In a highly anticipated decision which will have a signiﬁcant impact on employers and insurance carriers with workers compensation claims in Pennsylvania, on June 20, 2017, the Pennsylvania Supreme Court in Protz v. WCAB (Derry Area School District) declared that the methodology for impairment ratings under the Workers Compensation Act was an unconstitutional delegation of the General Assembly’s legislative power and struck this provision from the Act.

Employers previously demanded that a claimant undergo an Impairment-Rating Evaluation (IRE), during which a physician would determine the “degree of impairment” attributable to a claimant’s compensable workplace injury.   To make this assessment, the Act required the physicians to apply the methodology set forth in “the most recent edition” of the American Medical Association (AMA) Guides to the Evaluation of Permanent Impairment (the Guides), which are updated periodically by the AMA.  To the extent the IRE yielded an impairment rating of less than 50%, the claimant’s disability status could be modiﬁed from total to partial disability and the beneﬁts would then be capped at 500 weeks.

The Supreme Court determined that the authority delegated to the AMA in Section 306(a.2) of the Act violated the non-delegation doctrine of the Constitution because it gave the AMA unchecked power over Pennsylvania’s impairment rating methodology.  It noted that the General Assembly failed to prescribe any standards to guide and restrain the AMA’s authority over the IRE process.  Further, it failed to include any of the procedural mechanisms that the Court has considered essential to protect against “administrative arbitrariness and caprice” in other cases of delegated authority.

Further, the Court also held that the Commonwealth Court’s decisions to remand the case with instructions to apply the Fourth Edition of the Guides was incorrect and contrary to the plain language used in the statute, which required the physician to determine the degree of impairment “…pursuant to the most recent edition of the [Guides]”.  The Court determined that the General Assembly used the term “most recent edition” to refer to the most recent edition of the Guides in force at the time of the IRE, not the Fourth Edition of the Guides in place at the time Section 306(a.2) was passed.  Additionally, since the General Assembly failed to provide adequate safeguards to restrain the authority delegated to the AMA, the non-delegation doctrine prohibits the General Assembly from incorporating, sight unseen, modiﬁcations to the AMA rating methodology made after the legislation was passed.
This decision will have an immediate impact on all cases in which claimants underwent IRE determinations.  Without the IRE available to employers and insurance carriers, there is no mechanism to cap a claimant’s beneﬁts to 500 weeks unless and until the General Assembly passes new legislation to cure the deﬁciencies outlined in the opinion.

Unfortunately, the Supreme Court offered no guidance on whether its decision is retroactive and therefore the full impact of the Court’s decision is not yet known.  We anticipate that claimant’s attorneys will argue that the decision should apply retroactively so that all changes in status (from full to partial disability) made pursuant to IRE determinations are void and further, that wage loss beneﬁts should be paid to claimants whose disability beneﬁts stopped after 500 weeks.

We will continue to monitor this issue closely and provide updates on signiﬁcant developments which may impact your organization.
Download the PDF

RELATED POSTS
Website Accessibility Under the ADA: Where Guidance is Scarce and Lawsuits are Plentiful 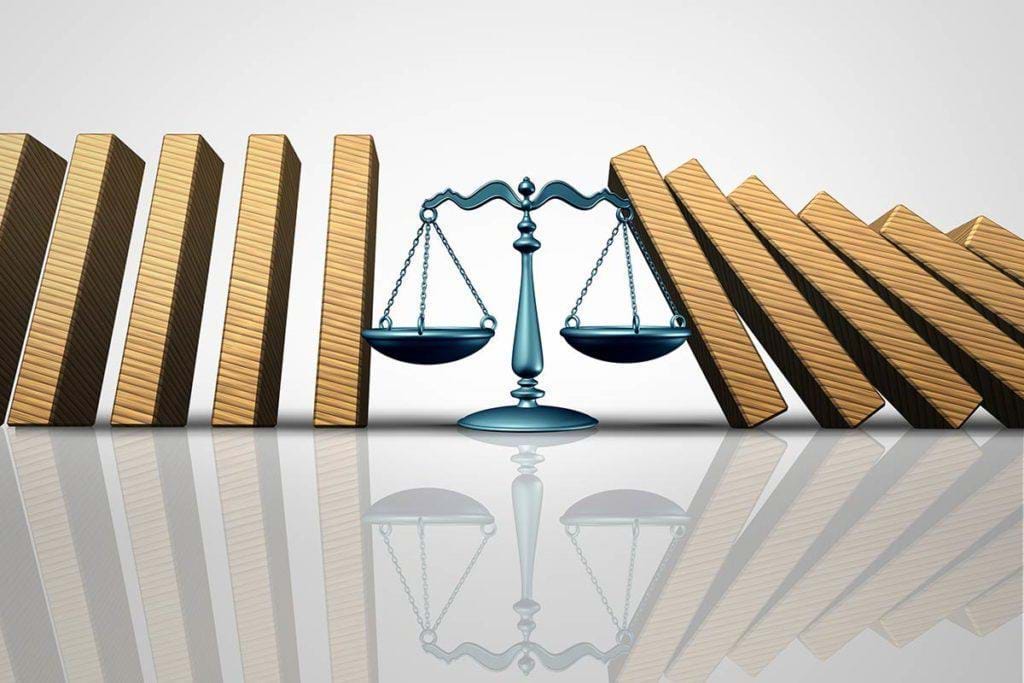